Snaps over claps: An old-new way to applaud

Viewers at our recent webinar, Declaring Racism as a Public Health Crisis, noticed something beyond the compelling dialogue: We added snaps in lieu of claps. To answer your questions … Yes, the snaps were intentional. No, you don’t need a special Zoom license to snap. Yes, the snaps make noise off-camera.

Webinar host Ericka Burroughs-Girardi adopted the muted-finger-snapping-over-clapping method as a camera-friendly way to show her approval without interrupting the flow of conversation. Swapping snapping for clapping might have originated in Roman times but gained popularity with poetry readings in the 1960’s. Some sororities are fond of the method, too. The snapping at poetry readings, was used to signify appreciation for the poet. It allowed for a quieter response to the readings, which were often held in apartment buildings.

Finger snapping is useful beyond poetry readings. Have you ever listened to a speech in which the speaker’s sentence was interrupted with thunderous applause, drowning out the rest of the sentence? It can frustrate the speaker and the audience. The finger snap signals the same passionate response without disrupting the speech. Snapping lets the speaker know the message resonates. Equate the snapping to social media’s “thumbs up” or “heart” upvotes.

Finger snapping is making a resurgence, as useful in coffee houses and bookstores as it is online. We see the snapping in spaces where the topic may be heavy and emotionally charged. The snap says, “I hear you,” “I understand your perspective,” or “I agree with you.” According to Burroughs-Girardi, “snapping is a practical and encouraging message of support to speakers sharing their vulnerability during courageous conversations.”

We will see Ericka snapping in future webinars as County Health Rankings & Roadmaps continues its online exploration of racial and health inequities. We encourage you to join us in snapping those fingers during our webinars and discussion groups. To register for future webinars or watch webinars on demand click here. To learn more about the origins and use of finger snapping read The New York Times’ Why Snapping Is the New Clapping. 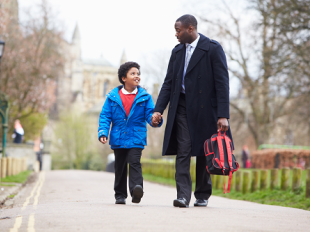 Centuries of structural racism, reflected in local, state and national policy, have resulted in stark differences in health outcomes by race. As a result, many... 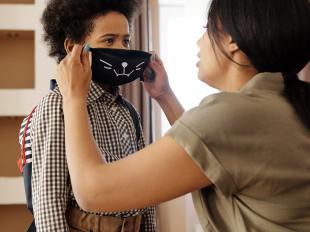 Lessons for an Equitable COVID-19 Response and Recovery

COVID-19 has magnified deep-rooted barriers to health and opportunity—particularly in Black, Latino, and tribal communities. Leaders from these communities shed...

How Do You Ensure Everyone in Your Community is Counted in the 2020 Census?

Starting next month, homes across the country will start receiving invitations to complete the 2020 census and it’s vital that everyone is counted.