Embracing Health and History: An Example from Eatonville, Florida 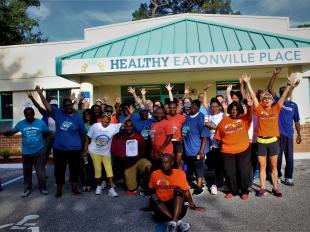 Eatonville, a historic Florida town, is known as the first incorporated, self-governing Black community in the United States and home to famed Harlem Renaissance author Zora Neale Hurston. Even with its storied past, Eatonville struggled to thrive economically.

Members of the Eatonville community recognized the town’s economic struggles were directly linked to health disparities among the town’s residents. Community leaders, some of whom were addressing their own health challenges, reached out to the American Diabetes Association and the University of Central Florida to investigate local health. They were surprised to find nearly 25 percent of Eatonville’s residents were struggling with diabetes. This finding started Eatonville on a journey to raise awareness and engage people in the community to take action. Through collaboration with Healthy Central Florida and Advent Health (formerly Florida Hospital), Eatonville continued its efforts to view health holistically and embrace connections between the local economy, education, vocational training, social and religious institutions, recreational spaces, and overall well-being.

Leaders and residents also realized their community lacked diverse employment opportunities, infrastructure, and mechanisms to train the next generation of Eatonville’s leaders. The community knew that greater economic development and social connectivity would contribute to a healthier Eatonville.

Eatonville began an asset-based approach to enhancing the local economy. Among the many assets of Eatonville were the 95-acre site of a former high school, which is being redeveloped with business partner HostDime, and the legacy of Eatonville’s most famous resident – Zora Neale Hurston. Those two resources were leveraged to enhance existing businesses and attract new ones, promote arts and culture tourism, and invest in education for the town’s residents. These investments have helped to create the conditions for all Eatonville’s residents to live their longest and healthiest lives. In recognition of their efforts, the town of Eatonville was awarded a 2018 RWJF Culture of Health Prize.

Register now to join us for a new webinar on March 12 to hear directly from Eatonville leaders on how they have come to embrace the intersection of economic development and community health. Learn about Eatonville’s partnerships, economic development, and approach to multi-sector engagement that have improved the overall health of the community and have led to a continued commitment to create opportunity for all residents to live their healthiest lives. 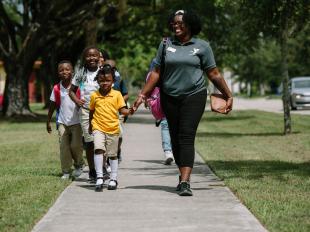 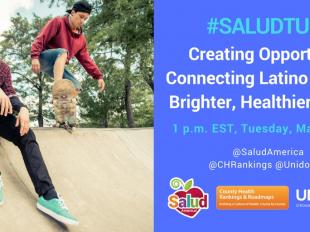 Latino children and youth face more poverty and greater gaps in education and health than their White peers,... 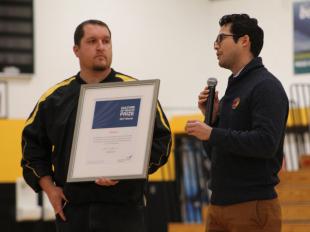 A Culture of Health Gets Built as a Team: Celebrating Algoma, Wisconsin