How data can inspire a community: Starke County, IN 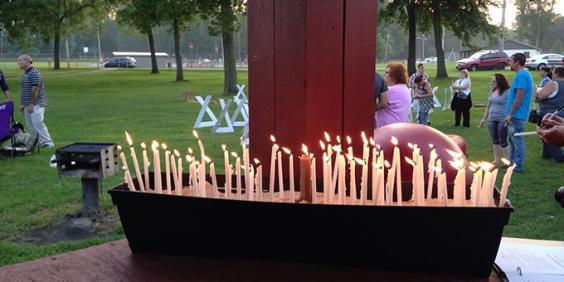 Starke County, Indiana, is a rural county that is home to 23,197 people. Despite Starke County’s small size, it’s also a community that is working hard to improve the health of the community and everyone in it by using County Health Rankings data.

In 2011, Starke County was ranked 91st out of 92 counties in Indiana. An Indiana community health center, HealthLinc, noticed the County Health Rankings data in 2012 and with resources from the state health department, set up a series of community meetings to discuss the health and well-being of Starke County.

“The bottom-line,” Nancy Dembowski former Knox Mayor and Indiana State Representative said, “is that we were formed because someone looked at these statistics and said this is unacceptable, we need to do something.”

In the first few community meetings, community members analyzed the County Health Rankings data in their County Snapshot to determine not only where they should start improving community health, but also what the underlying causes could be affecting their Ranking.

“When we looked at the County Health Rankings,” Dembowski said. “we realized how much health statistics and the lack of quality healthcare impacted the entire community from every facet. It was education, economic development - it seeped into every aspect of the community.”

One of the Rankings measures that stuck out the most to community members was the number of premature deaths in Starke County. Jordan Morris, Management Coordinator of Community Corrections in Starke County, decided to dig deeper into the data to see how Starke County could work on improving this measure. Morris found that one of the underlying causes that may have raised Starke County’s premature deaths was drug overdose deaths. In 2014, Starke County had the highest Drug Poisoning Mortality Rate in the state of Indiana. In an effort to reduce the Drug Poisoning Mortality Rate, MSCF organized several events as part of a Drug Awareness campaign:

“It was really amazing how many people in our community attended that memorial service in the park,” Dembowski said. “It was an extremely emotional event. We had about 60-70 people there. It seemed to be helpful to them as well.”

The memorial service in the park will continue for years to come with the hopes that there will be fewer and fewer ribbons added each year. The training as well as the kits for first responders have been successful according to Dembowski and Morris. According to data from the Starke County Health Department, from 2009-2013 an average of nine community members died each year as a result of an overdose. The average overdose deaths from 2014-2015 was four. And as of July 19, 2016 there have been only two deaths in Starke County linked to overdoses this year.

Changing the culture around drug overdose was a challenge. However, by speakers on the leadership team that are in recovery and having a member of the board who is also in recovery share their stories showed community members that recover can have a positive impact on the community and helped to break the stigma.

Dembowski and Morris believe that with the community involvement they have seen with this campaign, Starke County will continue to improve the lives of those in their community.

“First thing we did, the walking program, we looked at all of these areas and measures and we just needed to get people moving,” Nancy said.

According to HealthLinc’s website, MSCF created the “Moving Starke County across America” campaign that ran from Memorial Day through Labor Day. The initial goal of the campaign was to get Starke County residents to be more active, and set a goal of 3,000 miles. But in two weeks, 269 community members shattered the goal by logging miles for biking, running, and walking. In order to keep the community excited about the event, residents aspired to reach 25,000 miles through the “Moving Starke County around the World” initiative. At the end of the campaign, they logged over 27,000 miles. The community’s response was so overwhelming that they have continued to run the event every year since.

“We had no idea that it would be that successful,” Nancy said. “Maybe next time we’ll go to the moon!”

Goals and Planning for the Future

Both of the campaigns have been successful in terms of getting community members engaged and being more physically active, but MSCF also saw results in how their data had changed.

MSCF has since expanded into a non-profit organization and continues to work closely with local community groups such as local churches, Starke County government agencies, schools, businesses, healthcare providers (including mental health), media outlets, and with other community members. With the help of the local health department, MSCF has begun to focus on several areas of their County Snapshot and setting goals to improve measures for future Rankings.

By utilizing data from the County Health Rankings, MSCF has been able to engage community members in activities to improve their health. They’re also continuing to dig deeper and analyze data in order to see where and how they can make improvements in their community’s health.

“You don’t realize what you can do. We would just say, “let’s just try it” and we were amazed continuously that people would respond,” Dembowski said. “Some of the things we did we were amazed we did ourselves. And all of these things were an attempt to bring these issues to the forefront and to say that it’s going to take all of us to change it.”