With Grit and Determination, a City Comes Together For Health: RWJF Culture of Health Prize winner Chelsea, MA 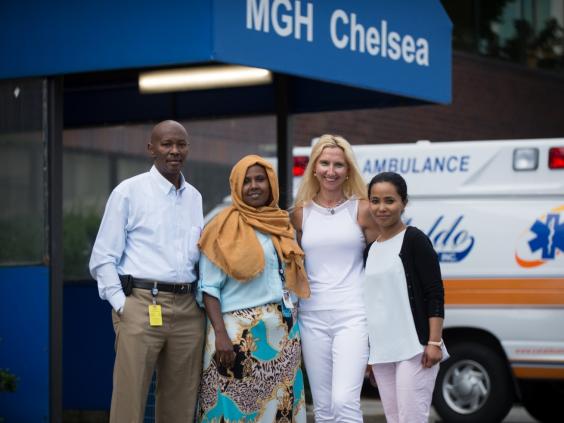 “There’s a lot of hardworking people who love the city who want to make it better.”

To begin to understand Chelsea, Massachusetts, take a drive from the McArdle Bridge down Marginal Street, past major industries that block views and access to the Chelsea River, known locally as the Chelsea Creek.

Along the water’s edge, you’ll find remnants of industries past transformed into urban beauty. In a swath of green, children are playing in view of tugboats coming up the river. The kids are darting about beneath a metal canopy made from material reclaimed from the oil tanks that used to sit here.

Beauty in the midst of industrial grit. It’s an apt metaphor for a city that was bankrupt two decades ago and nearly annexed by nearby Boston, yet now is tackling urban challenges with innovation and heart. Grassroots activists and policymakers, police officers and business owners, health care officials, and high school students—all are working together to make inroads against substance abuse, pollution, obesity, homelessness, and violence.

To address such a wide gamut of issues, they’re changing policy through activism, forward-thinking policies like an aggressive trans-fat ban, sanctuary city protections for undocumented immigrants, and the inclusion of affordable housing in new developments. Though everyone may not agree on everything, there is strong coordination here between city government, health providers, nonprofits, and businesses.

Pocket-sized Chelsea—just 1.8 square miles—is one of the nation’s most densely populated places, with about 39,000 people squeezed into the one-third of the city that is zoned for housing. Sixty-three percent of people who live here are Hispanic and 44 percent are foreign-born, with 35 languages spoken.

Residents share their city and waterway with the largest privately owned wholesale produce market in the nation, road salt piles, and terminals storing the majority of New England’s heating fuel and all of Logan International Airport’s jet fuel.

That proximity means everybody has to pull their weight over the long haul to make health better for all. “There’s a lot of hardworking people who love the city who want to make it better,” City Councillor Enio Lopez says.