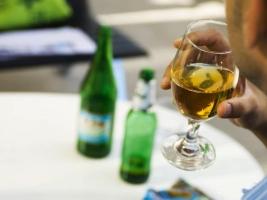 Alcohol and Drug Use

When consumed in excess, alcohol is harmful to the health and well-being of those that drink as well as their families, friends, and communities. Prescription drug misuse and illicit drug use also have substantial health, economic, and social consequences.

Why Are Alcohol and Drug Use Important to Health?

Excessive alcohol consumption considers both the amount of alcohol consumed and the frequency of drinking. Prescription drug misuse includes taking a drug in a manner other than prescribed and taking drugs that have been prescribed to another person. Although moderate alcohol use is associated with health benefits such as reduced risk of heart disease and diabetes [1], excessive alcohol use causes 88,000 deaths in the US each year [2]. More than 46 people died every day from drug overdoses involving prescription opioids in 2016 [3].

In 2015, 27% of people ages 18 and older reported binge drinking in the past month, while 7% reported heavy alcohol use in the past month [4]. Over time, excessive alcohol consumption is a risk factor for high blood pressure, heart disease, fetal alcohol syndrome, liver disease, and certain cancers [5]. In the short-term, excessive drinking is also linked to alcohol poisoning, intimate partner violence, risky sexual behaviors, and motor vehicle crashes [2,5]. Alcohol-impaired crashes accounted for nearly one-third of all traffic-related deaths in 2016—more than 10,000 fatalities [6].

From 1999 to 2017, overdose deaths from prescription painkillers have increased fivefold, with 218,000 deaths from overdoses related to prescription opiods during this time period. Prescription drug misuse now accounts for over 35% of opiod drug overdose deaths [3]. Since 2002, rates of use for cocaine and hallucinogens have either declined or remained steady, while rates of marijuana and heroin use have increased [7,8]. As of 2018, more teens smoke marijuana than cigarettes [9] and in 2012, 156,000 people reported starting to use heroin, nearly double the number starting in 2006 [8]. Marijuana, now legal in some states, is the most frequently used illicit drug. Teenagers account for over half of all new illicit drug users.

Adopting and implementing strategies to reduce excessive use of alcohol and abuse of prescription drugs can improve the health and well-being of communities.

Increase the price of alcohol via regular adjustments to taxes levied for beer, wine, and liquor purchases
Learn more