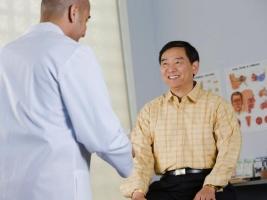 Access to affordable, quality health care is important to physical, social, and mental health. Health insurance helps individuals and families access needed primary care, specialists, and emergency care, but does not ensure access on its own—it is also necessary for providers to offer affordable care, be available to treat patients, and be in relatively close proximity to patients.

Together, health insurance, local care options, and a usual source of care help to ensure access to health care. Having access to care allows individuals to enter the health care system, find care easily and locally, pay for care, and get their health needs met.

In 2016, 28 million Americans younger than age 65 were uninsured, nearly a 16 million decrease since 2013.[1] Health insurance reforms, such as the Affordable Care Act (ACA), helped to extend coverage to many previously uninsured individuals. By the end of the 2015 enrollment period, 11.7 million Americans were reported as having chosen an insurance plan through the ACA Marketplace.[2] Medicaid expansion states saw insurance rates that declined 52.5% from 2013 to 2015, while states that did not adopt expansion saw only a 30.6% decline in uninsured.[2]

The uninsured are much less likely to have primary care providers than the insured; they also receive less preventive care, dental care, chronic disease management, and behavioral health counseling. Those without insurance are often diagnosed at later, less treatable disease stages than those with insurance and, overall, have worse health outcomes, lower quality of life, and higher mortality rates.[3] However, insurance by itself does not remove all barriers in access to care. Language barriers, distance to care, and racial disparities in treatment present further barriers to care.[4-6]

Nationally, many counties lack sufficient providers to meet patient needs; as of 2017, there were about 6,900 primary care, 5,000 mental health, and 5,700 dental federally designated “Health Professional Shortage Areas” in the US.[7] Having a usual primary care provider is associated with a higher likelihood of appropriate care, and a usual source of care is associated with better health outcomes. In 2010, 86% of Americans had a usual source of care, but those with low incomes were less likely to than those with higher incomes, and the uninsured were twice as likely as the insured to lack a usual care source.[3] Additionally, neighborhoods with low health insurance rates often have fewer providers, hospital beds and emergency resources than areas with higher rates. Even the insured have more difficulty getting care in these areas.[8]

Cost can be a barrier to care even for those who have insurance. In 2009, 17% of people younger than 65 had premium and out of pocket costs totaling more than 10% of their family income. From 2010 to 2012, over half of Americans with chronic illness reported that cost was a barrier in access to care.[9] Those with private, non-group insurance were three times as likely as those with employer-sponsored insurance to face such costs.[3]

Adopting and implementing strategies that reduce barriers to care and better match providers to community needs can increase access to care, improving health and well-being.

Percentage of population under age 65 without health insurance.
Learn more

Percentage of adults under age 65 without health insurance.
Learn more

Percentage of children under age 19 without health insurance.
Learn more

Ratio of population to primary care providers other than physicians.
Learn more

Deliver consultative, diagnostic, and treatment services remotely for patients who live in areas with limited access to care or would benefit from frequent monitoring; also called telehealth
Learn more